The Kennedy Memorial Trust invites applications for Kennedy Scholarships tenable at Harvard University and the Massachusetts Institute of Technology (MIT). Kennedy Scholarships provide full tuition and fees at either institution plus a means-tested stipend of up to $27,250, along with a range of other benefits and opportunities. Scholarships are awarded for one academic year. Students who are applying for a two-year master’s degree will normally secure the necessary funding for second or subsequent years within their institution. Doctoral applicants are expected to accept departmental funding and may receive a contribution from the Trust of up to $20,000 to be used for research purposes, distributed over the first four years of their PhD programme, in addition to the benefits associated with a Kennedy Scholarship and being part of the Kennedy Scholar network. The Kennedy Scholarships were established as part of the UK’s official memorial to President John F. Kennedy and have been awarded annually since 1965.

Kennedy Scholarships are open to British citizens, normally resident in the UK and wholly or mainly educated in the UK, who are or will be graduates of a UK university by the start date of the award. Applicants must have begun their undergraduate studies no earlier than 1st September 2011. Kennedy Scholarships are awarded across the range of academic disciplines and support master’s and doctoral programmes or non-degree study as a Special Student or Visiting Fellow. Kennedy Scholarships provide funding but DO NOT carry automatic admission to Harvard or MIT. Scholarship applicants must APPLY SEPARATELY for admission to their preferred course(s) meeting all requirements and deadlines. In awarding Scholarships, the Trustees will take into account candidates’ intellectual attainment, ability to express themselves, and a well-researched and argued case for their proposed course of study at Harvard or MIT at this point in their careers. They also look for: originality of mind; commitment to public service; potential to make a mark in public life; and ability to overcome adversity.

CLICK ALSO TO APPLY FOR MPOWER AWARD FOR FEMALE STUDENTS

You must be studying in one of the following countries:

You must be from one of the following countries:

You must be studying one of the following: 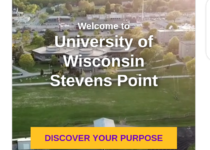 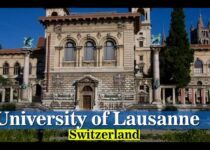