Alcohol (ethanol or ethyl alcohol) is the ingredient found in beer, wine and spirits that causes drunkenness. Alcohol is formed when yeast ferments (breaks down without oxygen) the sugars in different food.

Alcohol is the most frequently abused drug in our society. The abuse of this substance has a societal impact not only in terms of the general health of the population, but also in economic output, where it is estimated that loss of productivity costs many billions of dollars each year. Alcohol abuse has many long-term effects that result in premature death and an increased propensity for serious illness. Additionally, fetal alcohol syndrome is a major health issue worldwide and often leads to health problems throughout life. Another alcohol-related health issue is ethanol–drug interactions which, in some cases, can be fatal. 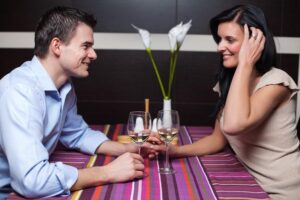 Getting wasted every weekend seems not be the best thing for your physical and mental well-being, but moderate alcohol intake may have some substantial health benefits. It should be noted that alcohol consumption and its benefits vary based on an individual’s body physiology.

According to the Dietary Guidelines for Americans, “moderate alcohol consumption is defined as having up to one drink per day for women and up to two drinks per day for men. This definition is referring to the amount consumed on any single day and is not intended as an average over several days.”

Here are ways that drinking alcohol in moderation (when you’re of the legal drinking age of course) might benefit your health.

1. It can lower risks of cardiovascular disease

The School of Public Health at Harvard University found that “moderate amounts of alcohol raises levels of high-density lipoprotein, HDL, or ‘good’ cholesterol and higher HDL levels are associated with greater protection against heart disease. Moderate alcohol consumption has also been linked with beneficial changes ranging from better sensitivity to insulin to improvements in factors that influence blood clotting. Such changes would tend to prevent the formation of small blood clots that can block arteries in the heart, neck, and brain, the ultimate cause of many heart attacks and the most common kind of stroke.” This finding is applicable to both men and women who have not been previously diagnosed with any type of cardiovascular disease.

2. It Can Lengthen Your Life

Drinking occasionally could add a few years to your life. A study by the Catholic University of Campobasso reported that drinking less than four or two drinks per day for men and women respectively could reduce the risk of death by 18 percent, as reported by Reuters. “Little amounts, preferably during meals, this appears to be the right way (to drink alcohol),” said Dr. Giovanni de Gaetano of Catholic University, another author on the study. “This is another feature of the Mediterranean diet, where alcohol, wine above all, is the ideal partner of a dinner or lunch, but that’s all: the rest of the day must be absolutely alcohol-free.”

3. It Can Improve Your Libido

Contrary to prior beliefs, newer research has found that moderate drinking might actually protect against erectile dysfunction in the same way that drinking red wine might benefit heart disease.

4. Lowers The Chance Of Diabetes

Results of a Dutch study showed that healthy adults who drink one to two glasses per day have a decreased chance of developing type 2 diabetes, in comparison to those who don’t drink at all. The results of the investigation show that moderate alcohol consumption can play a part in a healthy lifestyle to help reduce the risk of developing diabetes type 2.

EFFECT ON BRAIN CHEMISTRY BY INTERACTION WITH THE NEUROTRANSMITTER SYSTEM. 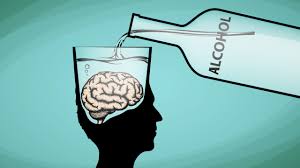 These are chemical messengers in the body. Their job is to transmit signals from nerve cells to the targeted cells such as; the muscles and the glands. The brain needs neurotransmitters to regulate many functions, including:

5.Feelings of pleasure and pain

Some neurotransmitters can carry out various functions, depending on the type of receptor that they are connecting to.

The following sections describe some of the best-known neurotransmitters.

Dopamine is important for memory, learning, behavior, and movement coordination. Many people know dopamine as a pleasure or reward neurotransmitter. The brain releases dopamine during pleasurable activities. Much intake of alcohol increases dopamine level, hence triggers feeling of pleasure.

Endorphins inhibit pain signals and create an energized, euphoric feeling. They are also the body’s natural pain relievers. One of the best-known ways to boost levels of feel-good endorphins is through aerobic exercise. A “runner’s high,” for example, is a release of endorphins. Also, research indicates that laughter releases endorphins. Too much intake of alcohol increases endorphin level thereby reducing feelings of pain

Gamma-aminobutyric acid (GABA) is a mood regulator. It has an inhibitory action, which stops neurons from becoming overexcited. This is why low levels of GABA can cause anxiety, irritability, and restlessness. When one is drunk to stupor, GABA level increases and it will cause slow reaction time, sluggish movement and slurred speech.

Glutamate is a powerful excitatory neurotransmitter that is released by nerve cells in the brain. It is responsible for sending signals between nerve cells, and under normal conditions it plays an important role in learning and memory. High consumption of alcohol suppresses the release glutamate thereby leading to physiological slowdown.

Some evidence indicates that people can increase serotonin naturally through: